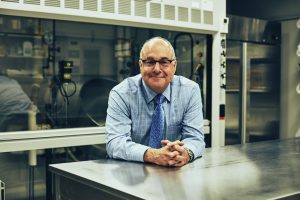 Tony Talalay is the CEO, co-founder and member of the Board of Managers of Brassica Protection Products. As a co-founder and CEO of Brassica, Tony completed strategic licensing agreements with Johns Hopkins University and raised initial and subsequent rounds of financing for the company from friends, family and angel investors, now totaling more than $7 million. He developed a global network of fresh sprout growers for Brassica’s initial business model. The sprout business was ultimately sold to focus on stronger growth opportunities in the dietary supplement, and functional food and beverage industries. Brassica maintains a highly-successful licensed fresh sprout business in Japan.

Prior to starting Brassica in 1997, Tony worked in the marketing and advertising industries for more than 20 years. He began his career as a brand manager at General Foods. Subsequently, he spent 10 years with Foote, Cone & Belding (FCB) where he was an advertising account manager, ideating and launching a variety of domestic and international marketing programs for Frito-Lay, Sunkist and LifeSavers brands. Later, he served as regional account director for Asia for FCB’s Colgate-Palmolive assignments.

After FCB, Tony was a marketing director for New York Pulse, an early venture from The New York Times Company in consumer on-line information services.

Tony is a member of Har Sinai Congregation and a vigorous fundraiser for many educational institutions, as well as an active supporter of Chess-in-the-Schools – an educational organization that has taught chess to more than 300,000 economically disadvantaged students in New York City public schools. This program helps students develop critical thinking and decision-making skills they can carry with them for the rest of their lives. He and his family are active members and foster parents for the Maryland SPCA.

Tony is a graduate of Yale University and earned an MBA degree from Harvard. He lives in Lutherville, Maryland with his wife and daughter and two rescue dogs. Other than broccoli, his passion is downhill skiing.

Dr. Angela Mastaloudis has more than 17 years in the dietary supplement industry where she has been involved in clinical and preclinical research as well as new product innovation.

Dr. Mastaloudis specializes in oxidative stress and antioxidant vitamins and plant phytochemicals. Her early academic research focused on topics relating to vitamins E and C and their effects on endurance exercise-induced oxidative stress. Her more recent work has focused on the effects of a variety of natural compounds, including glucoraphanin and sulforaphane, on gene expression, induction of intrinsic antioxidant defenses, the microbiota and intestinal cell health. She has also focused a great deal of her research efforts on the identification of calorie restriction mimetics and other anti-aging approaches.

Dr. Mastaloudis has published extensively in journals such as Redox Biology, Free Radical Biology and Medicine, Annals of the New York Academy of Sciences, Medicine & Science in Sports & Exercise and Aging Cell, among others. She has had eight patent submissions, 4 of which have been issued so far.

Dr. Mastaloudis’ interest in the role of lifestyle, particularly nutrition and physical activity, on the promotion of healthspan for all individuals led to her pursuit of research into the mechanisms of these areas at the biochemical level. She earned her master’s degree in Human Nutrition Science and her Doctorate in Nutrition Biochemistry and Exercise Physiology from Oregon State University where she was a Linus Pauling Institute Graduate Fellow.

In addition to being passionate about science, Angela is an avid outdoor enthusiast, you will find her skiing in winter and hiking/mountain biking/swimming in the summer, most often with her giant dogs along for the fun. Angela also enjoys volunteering with her dog Greta and Intermountain Therapy Animals to promote early reading competency and enjoyment through the READ program. 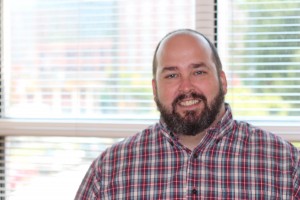 Shane Fantauzzo is the vice president of operations at Brassica Protection Products. As a member of the Brassica leadership team for more than 11 years, Shane leads the company’s sales of Brassica® Tea and Coffee through its e-commerce platform and retail distribution.

No stranger to the food and beverage industry, Shane was the vice president of operations at LifeForce Foods and an account executive at Country Fresh, Inc. prior to joining Brassica. While at Country Fresh, Inc., Shane successfully grew the grocery sales channel for the company’s fresh-cut fruit and vegetable business. With his background and certifications in Hazard Analysis & Critical Control Points (HACCP) and Safe Quality Food Institute’s SQF 2000, Shane is versed in creating and managing food safety initiatives.

Shane spends his time out of the office in the great outdoors. He enjoys camping, fishing and hiking. In addition, Shane is an avid supporter of public radio and volunteers his time with the Colon Cancer Alliance as well as several local Baltimore charities.

Originally from upstate New York, Shane studied marketing and finance at Alfred University. He now lives in Baltimore with his wife Jennifer and their son Dominic. 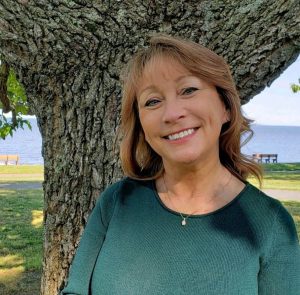 Sue joined the Brassica Team in January 2020 bringing a wealth of experience in the administrative and customer service fields. Previous employment with Pepsi, The Shelter Group, and T. Rowe Price gave her a wide range of experience at several management levels where she adjusted quickly, providing support to team members whenever needed.  In conjunction with previous positions Sue organized major company events, management conferences, heading up new associate training classes, ongoing education, and course tracking. Having the diverse background provided by her previous employments Sue came to us with the tools that made her a welcomed asset to the Brassica Team.

When not working with the Brassica team her grandsons are the apple of her eye. Being a proud mother, mother-in-law and grandmother are her favorite past times.